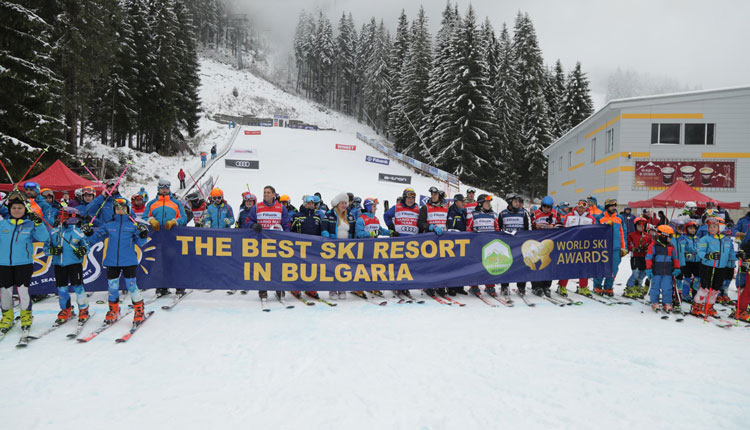 Bulgaria's best ski resort kicked off its 17th season. 10,000 people gathered in the ski area for the season opening. As majority owner of the concessionaire Ulen, Mark Girardelli announced that his fight for a second gondola lift will continue, and he proved with Olympic- and 3-time World Champion Mario Matt that glory is temporary, but world class is eternal.

Ulen CEO Maya Hristoskova personally handed over the season ski pass to Anton Koyuv, who used to be ski instructor at the company and now won of the race "Get in the Team of the Champ".

The mayor of Bansko Ivan Kadev honored Mario Matt with the Bansko Honorary Badge at the official opening ceremony of the season at the Nikola Vaptsarov Square in downtown.
30-year-old Radoslav Vishanin from Bansko won a brand new Audi A3 in the iconic Treasure Hunters game. Competing with 350 enthusiasts, Vishanin managed to dig out of the snow at Banderishka Polyana box No. 21 where the big prize was hidden.

The new generation of the Ulen Ski Club took part in the opening of the season and showed that they are the champs of tomorrow.