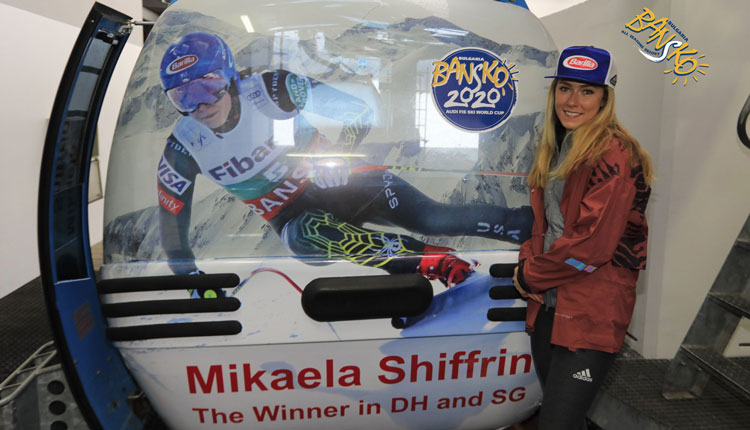 Mikaela Shiffrin with her own gondola in Bansko

The concessioner of the ski area in Bansko Ulen AD branded one of its 160 iconic blue gondolas with the name and face of Mikaela Shiffrin. The image, which will be travelling daily between the bottom station of the lift and Banderishka Polyana was taken by the Marketing director Mr. Ivan Obreykov. Thus the two-time Olympic champion from the USA is among Marc Girardelli, Alberto Tomba, Hermann Meyer and other ski legends who also have their own branded gondolas. 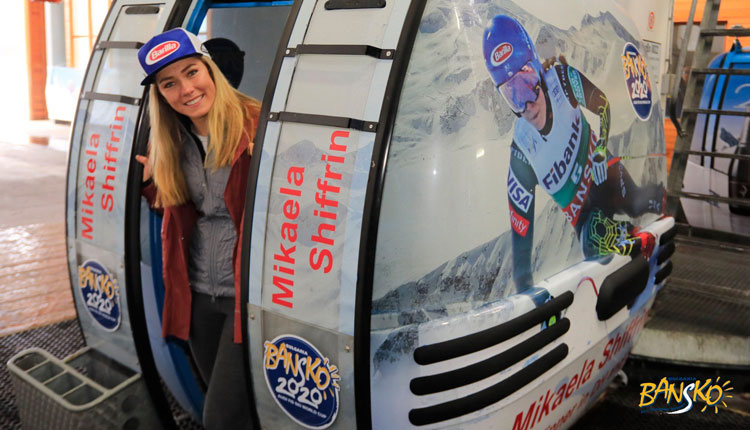 The leader in the Big Crystal Globe ranking was impressed by the respect she has received from the World Cup hosts. She posed in front of her gondola and took some selfies, before leaving Bansko with a big smile on her face.

Between January 24th and 26th, 2020 the American won in Bansko 250 points in the three races for the overall rankings after winning one Downhill (DH) and the super-G and finishing fourth in the second downhill.