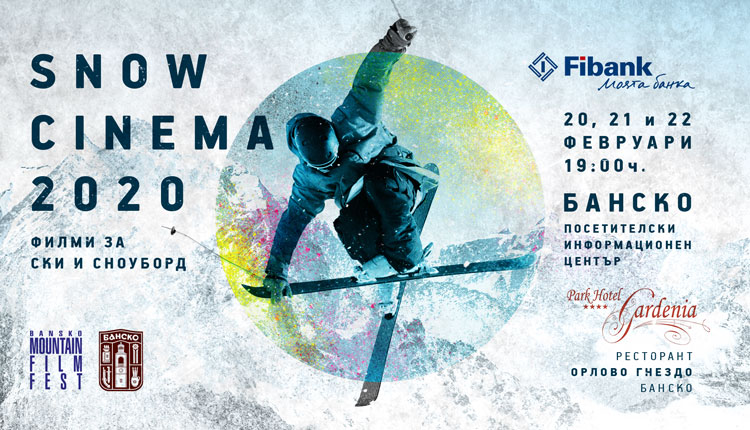 Some of the best movies about skiing and snowboarding will be screened free of charge between February 20th and 22nd starting daily at 7:00 pm in the cinema hall of the Tourist Information Center in Bansko. They will bring you close to some of the alpine giants, show you the best freeriders and people with disabilities involved in winter sports, you will see people crossing the Antarctic and much more.

The program includes 8 films produced in Canada, Austria, Argentina, Scotland, Bulgaria, Ukraine and Germany. The movies were shot at remote locations between Bulgaria and Canada. The highlight of the program is the Canadian film This Mountain Life, which took in 2019 the Bansko Film Fest Jury Prize. It tells the story of Martina and her 60-year-old mother Tanya, who begin a six-month trek across the vast, coastal mountains of British Columbia in Canada. It is a journey that has never been done before. Their adventure is full of portraits of human endurance and passion for high altitude.

You can also see „83 degrees – Ski the North“, where Austrian skier and documentary maker Matthias Mayr follows his expedition to the Challenger Mountains. The most northerly mountain chain in world, these Fjord-lined peaks that make up part of the Arctic Cordillera are located just 800 km below the North Pole and the frozen tip of Canada’s Ellesmere Island.

The program includes extreme films as well as topics about mountaineering and the importance of winter sports as a way of life.

Snow Cinema is part of Bansko's winter cultural calendar. The organizers are the Municipality of Bansko and the Association: "International Mountain Film Festival".