Mountain biking is a wonderful way to stay in shape, it's quite enjoyable and sits well with nature. Pirin mountain offers wonderful biking conditions in the summer – from June all the way up to late September.
Bansko is the hub for mountain biking in the region and has many exciting routes around it, all in the protected territory of Pirin national park.
This form of summer tourism grows in popularity and helps many local businesses, which could stay open all year round.

The routes reach all villages and towns in the Razlog valley and are extremely attractive. The levels of difficulty vary.

Red marking, 5*, 42 km. Starts from Predel area with two branches of the route: one is to the locality St. Ekaterina and Katarino Spa 4* Hotel - Razlog, and the second branch goes along old forest roads to the village of Bachevo - Razlog.

Orange marking, 4* difficulty, 18 km. It can be started both from the town of Bansko and from the Pirin Golf Club. The path unfolds along the border of Pirin National Park.

Bansko - the Cave area, Ovinache - the old Roman road at the foot of the Pirin mountain - Paligoden Monastery - the Belizma Monastery - Stoychov Kladenets - the Betelovo area - the Pirin Golf Club.

Pink marking, 3* difficulty, 25 km. It goes along a country road from Bansko to the village of Banya.

Blue marking, 3* difficulty, 23 km. Unfolds at the foot of the Pirin Mountain over the town of Bansko and towards the town of Dobrinishte.

The return to Bansko can be done thru the narrow-gauge or the agricultural road that runs at the foot of the mountain. For bikers with poor preparation, the start could be from the GCP as they are being driven by car.

Bezbog cabin - Dobrinishte - Bansko - in the foot of Pirin. Only downhill.

Descent from Bezbog cabin to the Mocharata area on the old forest road with Dobrinishte end or next to Trionska meadow and descent in Bansko.

Biking is recommendable with a local guide, who knows the mountain. 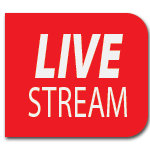 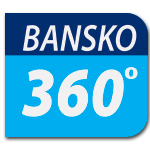